Death by a thousand cuts! 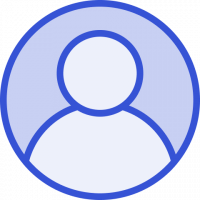 Norm Member ✭
March 9 edited May 19 in Feedback
I have been using financial software for decades. I gave up on Quicken because of the endless series of bugs/glitches/crashes. I had high hopes for Simplifi because it was (hopefully) a clean codebase and because it was web based.

The web interface is nice. The app is painfully slow. The website is also impossible to use on very low powered devices. I'm OK with those limitations.

However, the PRIMARY function of software like this is the ability to aggregate account balances. Before any kind of budgeting, or forecasting, or savings wizards or anything else it must be able to accurately and consistently give me a list of account balances.

I think this software is going down the same path Quicken did on the desktop. In the attempt to address every issue and provide more eye candy, it's failing in its primary function.

I have a manual account that I use to track home property value using data from Zillow (I know it's not accurate, but it's good for entertainment purposes). The account has 15 entries and for the last few days Simplifi has reported the last entry as the account total instead of the sum of all entries. At a MINIMUM, I would expect software to be able to correctly provide account totals.

It's one thing to not support a bank or CU. It's another thing to support it for a year, then not support it, then give zero feedback for months as to the situation. Telling me that the issue remains unresolved is insulting. I can SEE that it's unresolved. Adding insult to injury, after converting the accounts to manual, they need "fudge factors" to align the accounts with the actual bank balances. Simplifi has also decided that they won't support a running balance column - which is the easiest way to find reconciliation mistakes.

There are many issues that are so obvious and so simple that it remains laughable that they still exist AFTER people point them out. Having no way to show/hide closed accounts is an excellent example.

Maybe I'm the only one, but simply having ACCURATE web based ledger accounts would be useful enough for me to pay for. I would give up all the eye candy for accurate account aggregation. It is rapidly devolving into a situation where I don't trust the Simplifi values and have to log into the individual websites to confirm/verify. I've cancelled my auto-renew but I hope this turns around soon.