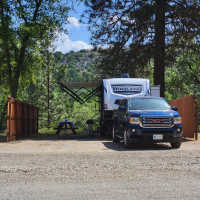 DannyB Superuser ✭✭✭✭
June 3 edited July 8 in Share your Success!
May is in the books! This was our 5th month using Simplifi and I'm quite pleased with how May went using this neat "little" budgeting and financial management app.  I love clicking on the Spending Plan tab and reviewing how the month went as far as our budget goes... and it's green all the way!

Income after bills & saving:
It's nice to see GREEN all the way down each list!

All of our spending was accounted for in our Bills, Subscriptions, Savings goals, and planned spending and we ended the month with a 25% surplus ($XXXX left at end of month)!

Our success is not because of Simplifi, but Simplifi is a great way for us to track our personal income and expenses giving us a dynamic, easy to follow visualization of our day-to-day money matters.

Thanks, Simplifi!
Danny
Simplifi user since 01/22
” Budget: a mathematical confirmation of your suspicions.” ~A.A. Latimer
Tagged:
2